In response to this blog, I agree with the observation that “Rob is able to sense what questions people have, and to provide a poetic meditation that they find helpful”, as he is in tune with not only his own soul but also with the doubts and uncertainties that many others have about the traditional concept of God as well as with the collective awakening many people are experiencing from outmoded way of seeing God to better ways of seeing God that befits unconditional, universal and inclusive love. He has a gift of a skilful communicator indeed, which he has honed and put into creative use over the years to engage the audience and invite them to think beyond the box. As for his public statement in support of gay marriage, my understanding based on listening to his interview at Grace Cathedral is that he was only answering a question from someone on the audience what his views on gay marriage were, and his answer was spontaneous and showed the same love and acceptance that Jesus himself showed to everyone, especially to those who have been marginalised in society.

Rob Bell created a splash earlier this week when he came out in favor of gay marriage. Bell, who is on a book tour for “What We Talk About When We Talk About God,” says that God is inviting us to see things in new ways. “What we’re seeing right now in this day, I believe God pulling us ahead into greater and greater affirmation and acceptance of our gay brothers and sisters and pastors and friends and neighbors and co-workers,” Bell said. “And we’re realizing that God made some of us one way and some of us another.”

I agree with Rob Bell that for many evangelicals, instead of adding more pain and suffering to the world by excluding and writing off some people who are not like them, it would be better if they could accept them and work together on the real problems in the world. Indeed, God invites us to move ahead, as we live in a world where we know and interact with people from all walks of life, who are different from us in many different ways. As the world becomes more globalised, some old ways of thinking and relating to people just don’t work anymore, since we are realising we are diverse, unique, and yet we are all connected. Also, with the advent of the Internet, people in religious circles cannot live in tribal bubbles anymore – we are exposed to thousands of questions, so we can’t help but be intellectually honest – it is a painful but liberating process of facing our own spiritual crisis, as he noted from his own experience.

Rob Bell would have probably sensed it is the right time to challenge certain conservative evangelical doctrines and mindsets by openly showing his acceptance of gays and his support of gay marriages or marriage equality, now that more and more people are finding courage to question established teachings that discriminate people, compared to a few years ago. Just as two years ago, the time was ripe in a sense for him to kill the sacred cow by questioning the evangelical hell doctrine that is fear-based, he has moved on to address certain social issues and problems that much of the evangelical church has been responsible for or has not done enough to address such problems, such as discrimination of gays in the church circles and in the society at large. I admire him for his passion to help people in their pains and sufferings, his ability to empathise with people who are also struggling with doubts and cynicism and meet them at where they are, and his gift of communicating his ideas and thoughts in a way that is creative, inspiring, sensitive and empathetic.

I like what Rob Bell shared in his interview at Grace Cathedral about emulating people whom we admire, who have undergone much hardship and sufferings and yet choose to focus on the beauty and goodness in life – this form of positivism goes deep beyond the usual kind of superficial positive thinking bubble, as it acknowledges that people are cynical because they have been wounded, and invites them to not remain there but to see that there is still beauty and hope to live for. It is this deep, profound, poetic and liberating kind of messages that Rob Bell shares that draws people to listen to him, even as he is also experiencing healing and liberation himself when sharing these messages. It is wise of him to live his own life the way he wants, and no longer allows himself to be tied to or be bogged down by church institutions or even the emergent church movement, choosing to focus his life on himself and his family and close friends. Living life simply is key to living a peaceful and healthy life indeed.

I was also reflecting that his life seems to mirror Jesus’ to some extent, as there are some parallels between their lives in terms of crucifixion and resurrection – with the publication of “Love Wins” in 2011, he was persecuted and “crucified” for challenging the hell doctrine, and he went into relative oblivion for about two years before he re-emerged with a new book to challenge the evangelical church mindset and practices, with renewed vigour and enthusiasm – a picture of resurrection. I think the past two years between the “death” and “resurrection” stages seem to capture his dark night of the soul, in which he decided to make certain decisions to liberate himself from stress and pressure imposed by institutional church system and his critics, by stepping down from Mars Hill Bible Church on his own accord and moving to California with his family to start life afresh. I am happy for him to be living his “resurrection” life today. He has come a long way to where he is today, and he is doing great helping others along the way too, even as he is helping himself to embrace uncertainties and mysteries of life and to move ahead from the wounds that the critics have inflicted on him, choosing to focus on hope and love.

Marriage Equality for All

I believe in marriage equality for all too – it is the way forward as we continue to live in expanded consciousness instead of being held back by antiquated customs and laws in the olden days. I also agree with Carlton Pearson‘s latest post here: “Marriage and/or covenant is not about flesh and blood as much as spirit, soul and mind. Those who see it only on a sexual or sensual level are the ones who devalue and discount its virtue and spirit. True marriage is not about a piece of paper, it is about Peace of mind, not about a piece of “behind” hetero or homo….Morality is based on customs and customs change in time and with time.”

Yes, true marriage is about peace of mind and union of heart and soul, as love transcends customs, laws, ethnicity and sexual orientation. 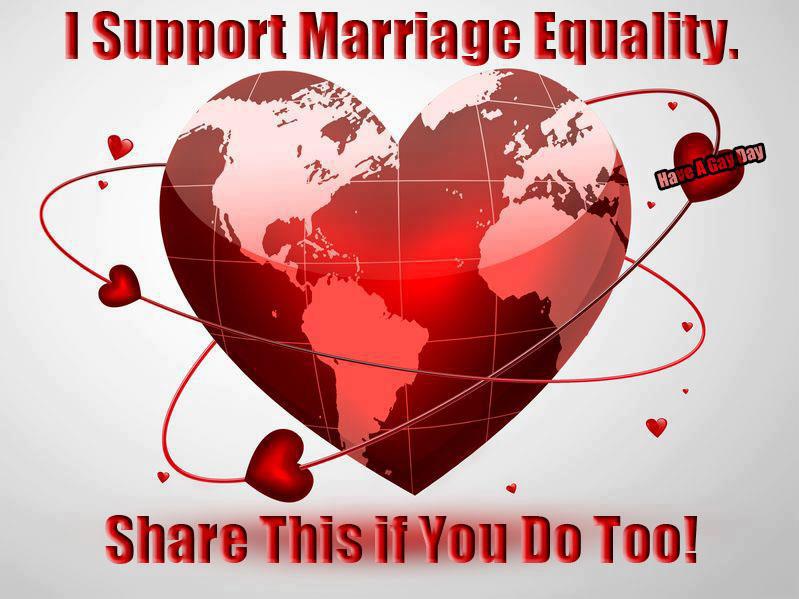